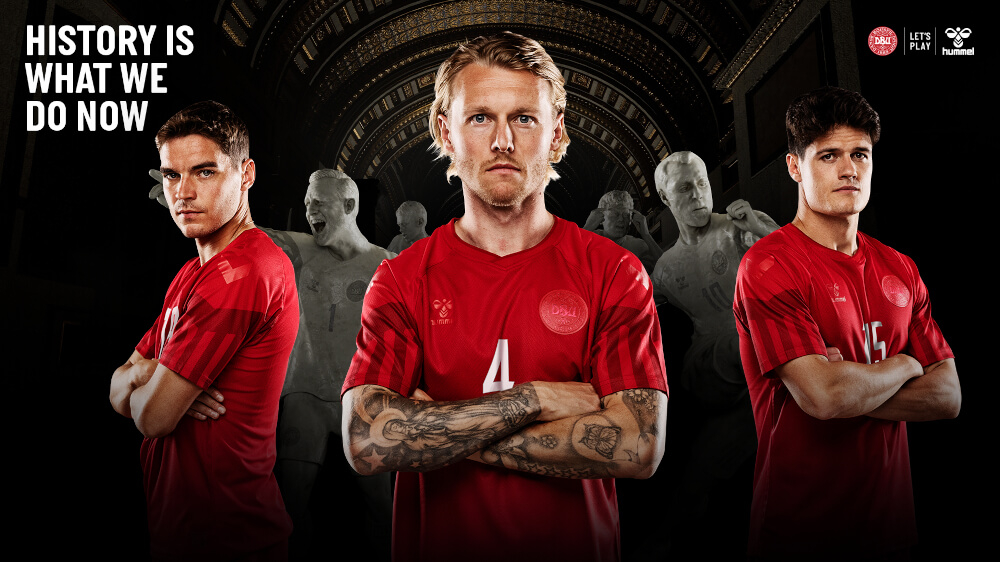 Denmark's brand new World Cup jersey was presented on 19 September 2022 and captain Simon Kjær is wearing it proudly. Read more about the impressive story behind this new jersey that the Danish national team will wear during the World Cup 2022 in Qatar.

Danish Football Foundation DBU: "The men's national team's new player shirt for this winter's World Cup finals is designed with inspiration from the iconic shirt from '92 and thus marks the 30th anniversary of the Danish EC triumph. At the same time, the jersey is a tribute to today's stars on the Danish national team. Today's stars are called Simon Kjær, Christian Eriksen, Kasper Schmeichel and Pierre-Emile Højbjerg, and it is largely also them that the new national team shirt represents."

There's a message behind the new World Cup jersey that Simon Kjær and the Danish National Team are wearing. The jersey design is not only inspired by Euro 92, paying tribute to Denmark’s greatest football success, but also a protest against Qatar. 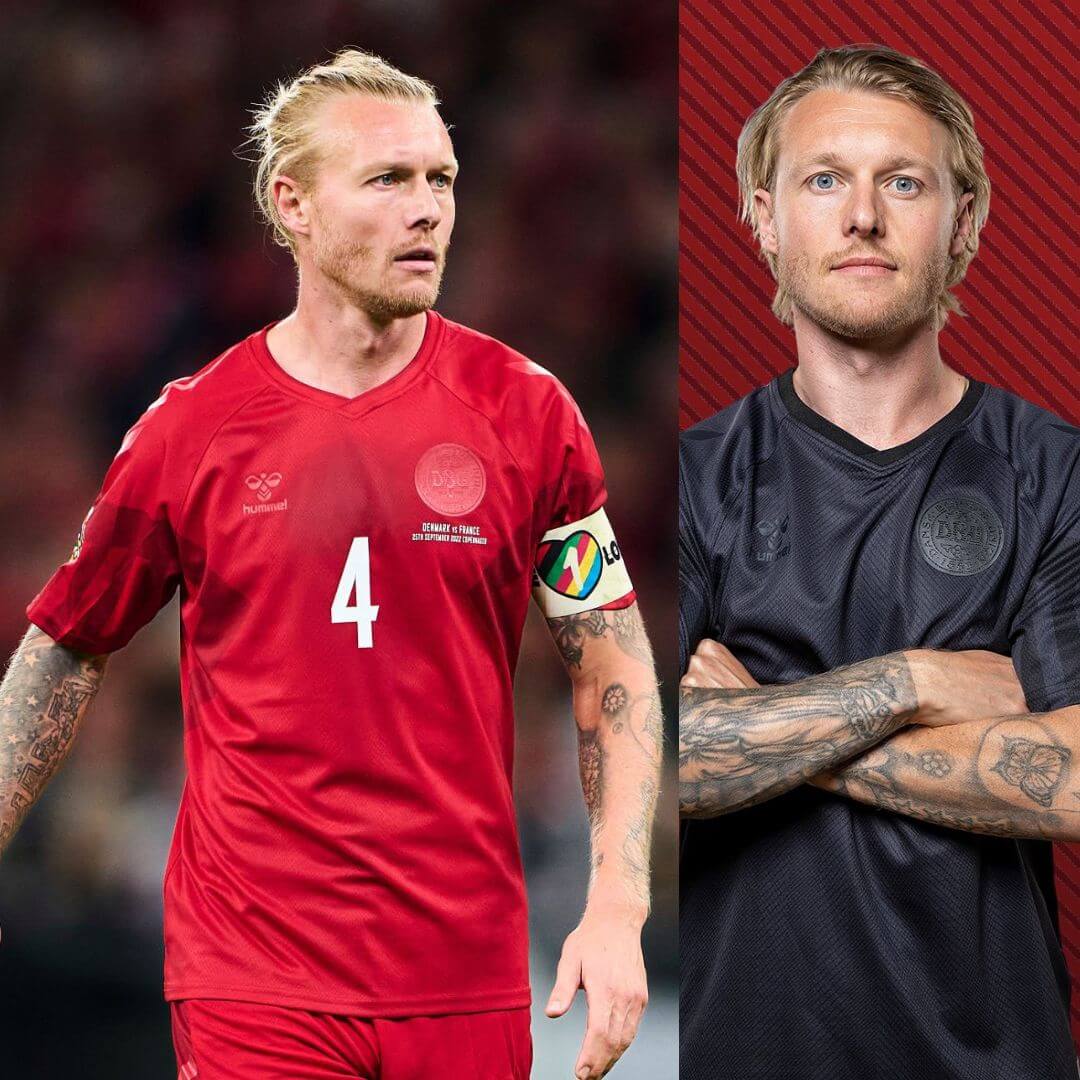 Danish football foundation DBU and sportswear brand Hummel has revealed: "We wish to make a statement about Qatar’s human rights record and its treatment of the migrant workers that have built the country’s World Cup stadiums."

"We’ve toned down all the details for Denmark’s new World Cup jerseys, including our logo and iconic chevrons. We don’t wish to be visible during a tournament that has cost thousands of people their lives," says Hummel.

"It is true that it is the first time that Denmark plays in a black shirt. It is a symbol of a wandering mourning band, and it is an important piece in terms of displaying a protest."

On the pictures you can clearly see that the logos were toned down. Denmark made clear statements before, with the One Love armband and the Football Supports Change campaign. 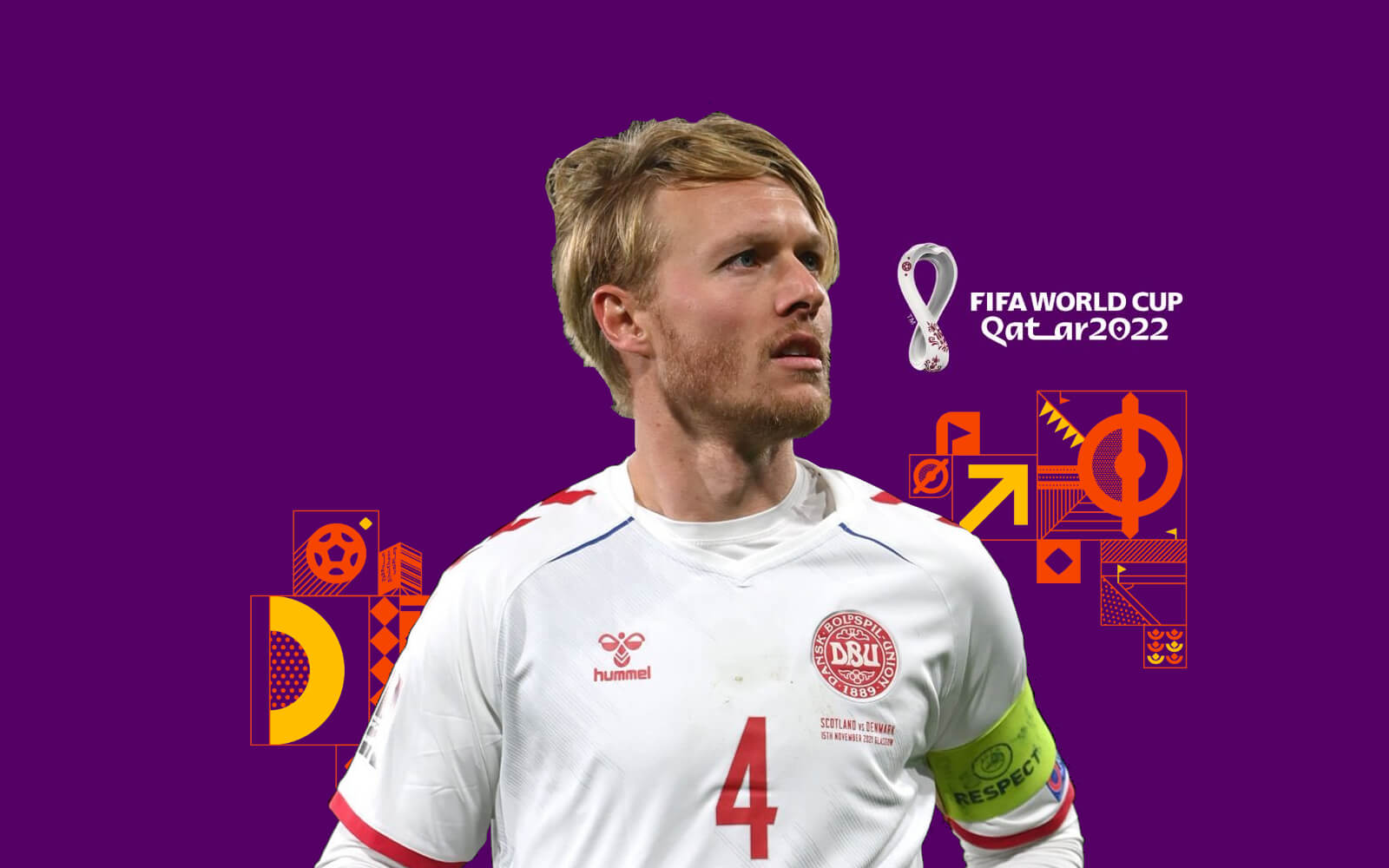 Read everything about the captain of Denmark Simon Kjær and the FIFA World Cup 2022 in Qatar. 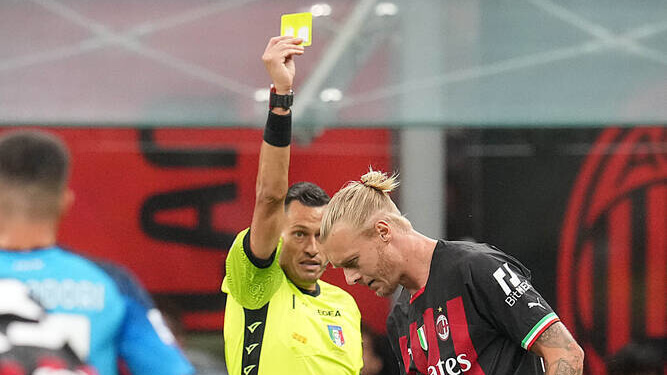 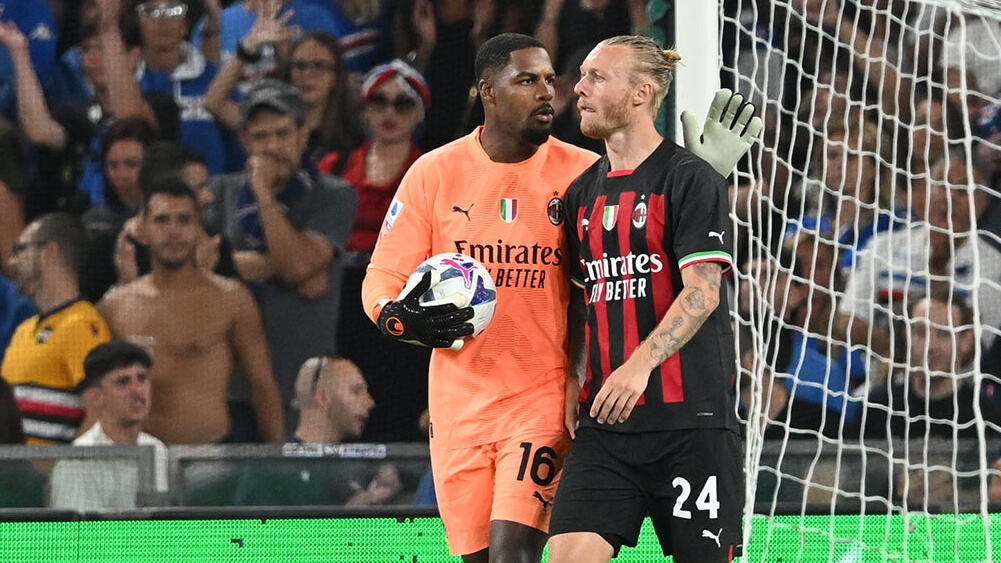 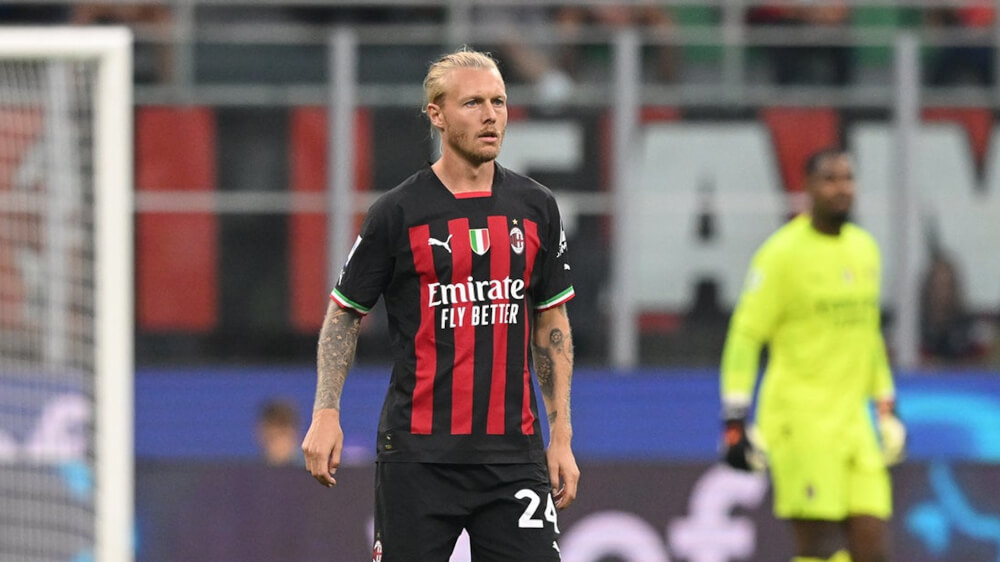 September 3, 2022 · Simon Kjær entered the match between AC Milan and Inter in the 84th minute.